Green Beans with Ham and Potatoes 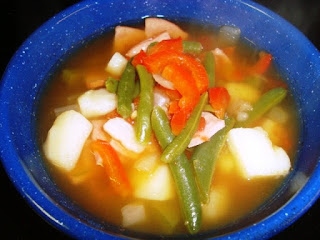 One day, I asked my husband what he liked for dinner. He said he would eat anything that I 'll cook. I suggested that we will have soup and vegetables then he agreed. He told me that his mother used to cook green beans with potatoes and ham in soup. I asked him what it was called but he can't recall. It is just like similar to making a stew and you can cook it using a crock pot. So I prepared it for that night. I made a soup and a side dish. My soup has green Beans, ham and potatoes. It was just like what my husband described to me. We ate it with rice. 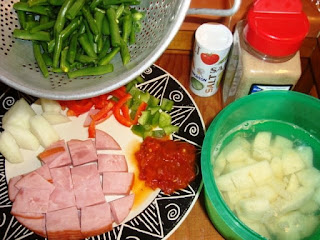 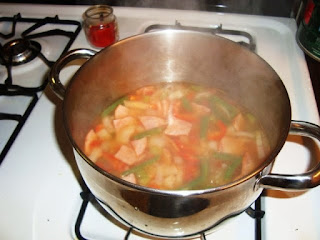 Boil water with potatoes and green beans. Cover and simmer; When the vegetables are tender, add the meat and the rest of the ingredients. Simmer for a few minutes. Serve hot with rice.
Posted by Felicity at 9:58 PM